Sindh is a province in Pakistan. The Indus Valley Civilization was a Bronze Age civilization (mature period 2600–1900 BCE) which was centered mostly in the Sindh.

Sindh has numerous tourist sites with the most prominent being the ruins of Mohenjo-daro near the city of Larkana. Islamic architecture is quite prominent in the province with the Shahjahan Mosque in Thatta built by the Mughal emperor Shahjahan and numerous mausoleums dot the province including the very old Shahbaz Qalander mausoleum dedicated to the Iranian-born Sufi and the beautiful mausoleum of Muhammad Ali Jinnah known as the Mazar-e-Quaid in Karachi.

Mohatta Palace, a museum in Karachi built in 1927 by Shivratan Chandraratan Mohatta a Hindu Marwari businessman. At Partition of Sub-continent in 1947, Mohatta Palace was acquired by the newly established Government of Pakistan to house its Ministry of Foreign Affairs. Frere Hall is one of the finest architecture of the British Colonial Era which is one of the most significant tourists spot in Karachi. The Hall was built by Sir Henry Bartle Frere and was initiated in 1863 and the construction process was accomplished in 2 years in 1865.  Faiz Mahal is also a palace situated in Khairpur, Sindh. It was built in 1798 by Mir Sohrab Khan who belongs to Talpur Family. It is an example of architectural excellence, a world apart from today’s stone-washed structures, is undeniable.

With its mighty river Indus, beautiful green fields, hospitable people and beautiful beaches, We are sure Sindh will be one of the most amazing piece of land you will have ever visited. 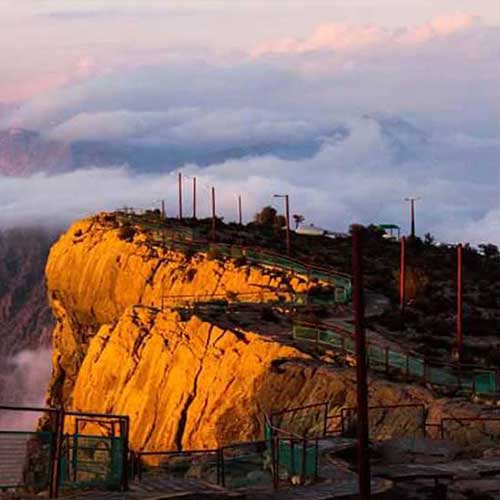 Do You Miss Game of Thrones?

Land of Beaches, desert and mountains

Balochistan is the largest province of Pakistan. Comprising 44%

Treks and Expeditions You Will Never Forget

A Thrilling Destination in the Clouds

Gilgit-Baltistan is one of Pakistan’s most awe-inspiring travel

A Spectacular Confluence of Cultural Diversity